To go with my What I’ve been listening to post, I thought I’d let you know what I’ve been watching this year.

Unlike my music taste, my taste in TV and film is extremely varied. The only kind of program I’ve never really rated, or been able to get my head around, is costume dramas.

Game of Thrones: The Final Series

I wouldn’t be the only one who was glued to the TV screen, eagerly waiting to see how the series would end. I was late to the party watching Game of Thrones, as I was too young when it originally started so it slipped my radar until I was well into adulthood, but I don’t regret it one bit.

I really enjoyed watching the action unfold in fantastic detail, I loved the costumes and the acting was the best I’d seen in a long time.

I wouldn’t go as far as cancelling the whole last season and forcing a re-do but, like many, I wasn’t entirely pleased with the final season. It felt rushed in its conclusion and I really hated not being able to see some of the episodes crucial parts as it seemed they had been filmed entirely in the darkest darkness I’d ever seen!

That being said, I’m glad the writers, directors and everyone behind the show decided (minus the planned spin-offs) Game of Thrones should end where it ended.

(My watch (of the programme) has ended)

I was obsessed with the first season of the television series, adapted from Phoebe Waller-Bridge’s one-woman play, Fleabag (so obsessed I can now say I’ve kind of seen it live) and – lucky for me – BBC Three, and Waller-Bridge, blessed us with the second (and final) series this year.

The last season ended on the revelation that the death of Fleabag’s best friend, Boo, wasn’t simply an accident but it was directly connected to Fleabag’s actions…something she deeply regrets.

Regret and redemption seem to be the overriding theme of the triumphant second series, as Fleabag is moving on from her former ways of coping (having sex with anyone and everyone) and trying to adapt to everything her crazy life throws at her (her sister moving to Finland, her sisters crazy husband being against her and the marriage of her beloved father to her awful Godmother).

A way she does this is through God, or at least through the Hot Priest at her local church (played by the wonderful Andrew Scott).

The second season was as darkly funny as the first, with sensitive moments thrown in for good measure. Although I’m gutted one of the best shows I’ve watched has (I’ll guess) come to an end, I’m glad Waller-Bridge is getting the recognition she deserves and I’m happy with the ending she chose for Fleabag.

Trash TV is my absolute guilty pleasure. Give me any program which enables me to kick back, relax and completely disengage my brain and I’ll give you the key (to what exactly, I don’t know, but something). Anyway, E!’s Temptation Island fits the bill.

It’s essentially the same premise as Love Island, except the contestants are in couples before the show and they get to decide if they want to stick in their couple or give up on their relationship for a new start.

This show is a rollercoaster, one minute you’re laughing along with the contestants the next you’re crying as they see their relationship implode.

Jane the Virgin: The Complete Series 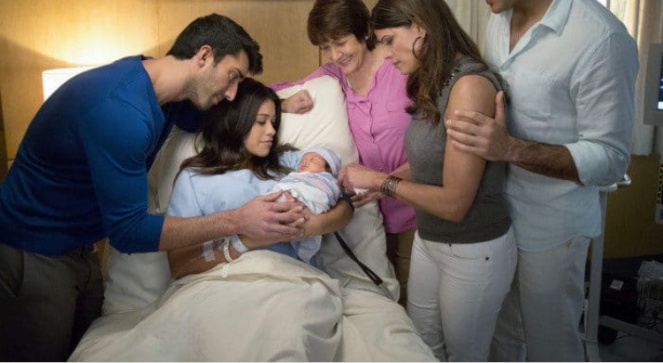 A recurring theme with me is that I don’t “catch on” to series until much later. Jane the Virgin was just another example of this. I’d heard of the show before, then forgot I wanted to watch it, then watched it (finally) when I just happened to hear it was coming to an end.

It’s a bizarre premise (a telenovela obsessed virgin who gets pregnant via accidental artificial insemination, and the drama that unfolds because of it) but, after a while, it worked for me. I liked the characters, the drama and the relationships.

The only thing I didn’t like, I’ll admit, was the sub plot of the final few seasons. I would’ve been happier just with the artificial insemination plot and the drama that created, rather than the strange drug lord going’s on in the hotel and the Jane getting her novel published etc plot.

Again, I was late watching Stranger Things. Saying that, I absolutely devoured the first and second series’ so – by the time it came around – I was made up there was a third season, despite knowing little about it (on purpose, I made sure not to look at spoilers beforehand!).

Honestly, initially I didn’t like it. All the stuff that the first series and second focused on seemed to be overlooked by the producers putting people together. It wasn’t until I got more into the series that I realised, actually, relationships are just as much part of growing up in Hawkins as fighting monsters is.

So, what have you been watching?

Everything I Know About Love (by Dolly Alderton) Review

Ready or Not (2019) Review [Dir. Matt Bettinelli-Olpin and Tyler Gillett]

The Upside of Falling Down (by Rebekah Crane) Review

What I’ve been listening to

Hi! I'm Jen, 22 and from the North West of England. I love books, baking and everything in between (which I’m sure you’ll read all about on this blog!) View all posts by jenrosewrites

28 thoughts on “What I’ve been watching”